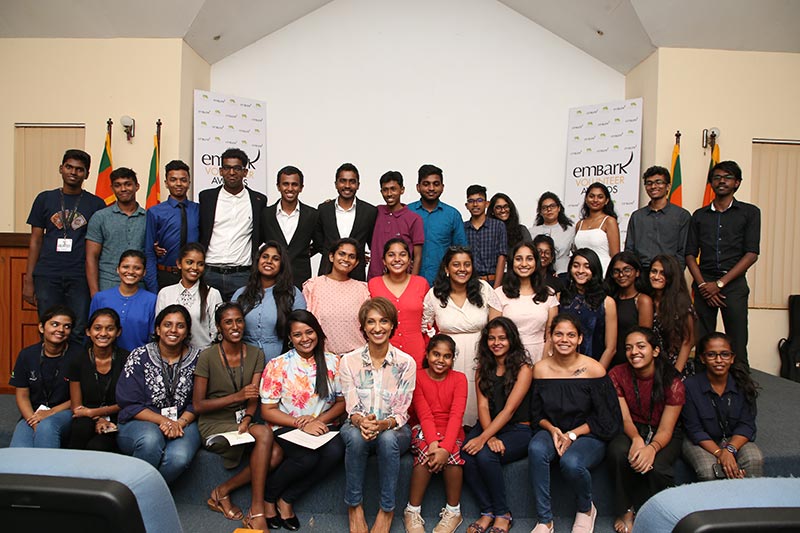 The second annual Embark Volunteer Awards was held recently at the Lighthouse Auditorium and Lawns.

Embark is an initiative that functions under the Otara Foundation, an organization launched by Otara Gunewardene, which focuses on environmental and wildlife conservation in Sri Lanka. Embark has been transforming the lives of street dogs and the communities they live in since 2007. The opportunity to reach out and make a difference with its multifaceted approach to animal welfare is the driving force behind Embark’s dedicated team.

The Embark Volunteer Awards Ceremony celebrated the achievements of the Embark Volunteers who have played a pivotal role in the success of many Embark activities, dedicating their time and energy towards supporting this cause and inspiring many to be the change and make a difference in the lives of street dogs in Sri Lanka.

Embark Volunteers is a platform for those who wish to donate their time and skills to help Sri Lanka’s street dogs. Volunteers are vital to Embark’s mission, and this platform provides a space for committed and passionate individuals to be part of this lifesaving work.

To date Embark has over 1000 registered volunteers, all determined to improve the welfare of street dogs in Sri Lanka.

Embark’s dedicated volunteers engage in a variety of initiatives which support the services Embark provides for street and community owned dogs in Sri Lanka, which includes rescue and treatment, animal welfare advancement, advocacy and fundraising.

The volunteers graduating from the Embark graduate program presented their legacy projects at the ceremony, which encompassed the experience of volunteering with Embark and their inspiration towards supporting this cause.

The ceremony served as an opportunity for the volunteers to share the lessons they learnt along the way and the impact this volunteering opportunity has had on their lives.