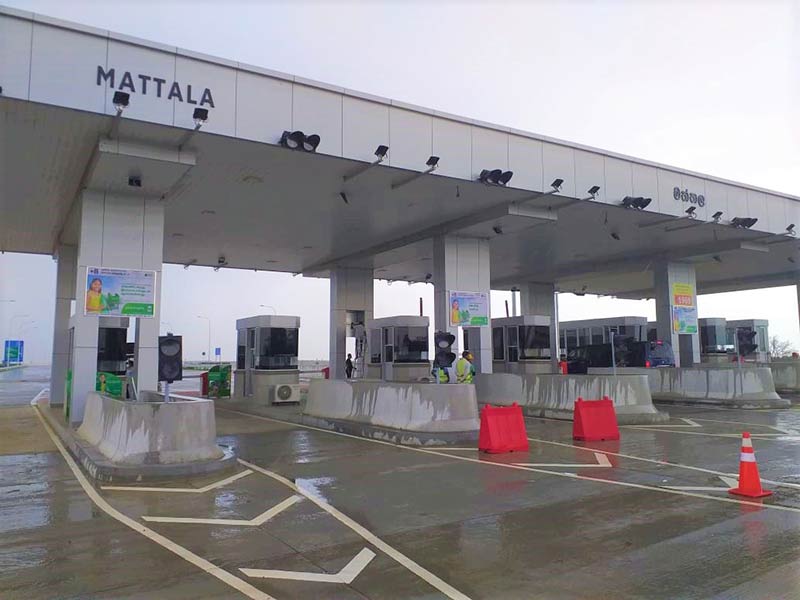 Plasticcycle added 18 collection bins on the Southern Expressway on 30th June 2020 adding to the existing network of bins. These bins were sponsored by Cinnamon Wild Yala (Cinnamon Hotels & Resorts), in partnership with the Road Development Authority and Eco Spindles, allowing commuters to drop off plastic waste/PET for responsible recycling.

These new bins are located towards the Southern end of the expressway at the Mattala, Hambantota and Sooriyawewa exits leading to the Mattala International Airport and the Hambantota Port. As with many public places, Plasticcycle bins are also available at the close-by Ridiyagama Safari Park which serves as a popular tourist destination for both locals and foreigners heading south for the holidays. To date the Plasticcycle network on the expressway extends from the Outer-Circular Highway linked through Kadawatha all the way through to Matara with 64 bins in 18 exists, interchanges and service areas.

Plasticcycle continuously promotes the 4R’s – Refuse, Reduce, Reuse and Recycle –towards achieving its vision of becoming the catalyst in significantly reducing plastic pollution in Sri Lanka, focusing on three key pillars: Encouraging the reduction and rationalization of use, Supporting responsible disposal; and Promoting recycling initiatives.

The project, has collected over 4 Metric Tons of recyclable plastic waste, which is equivalent to over 120,000 PET bottles to date in the expressways alone and as at end June 2020 has collected over 60 MT for responsible disposal. Plasticcycle estimates that this expansion would result in greater convenience to the commuters by providing an avenue for responsible disposal.

Plasticcycle is a Social Entrepreneurship Project of John Keells Holdings PLC (JKH), Sri Lanka’s largest listed conglomerate in the Colombo Stock Exchange operating over 70 companies in 7 diverse industry sectors. JKH provides direct employment to over 13,000 persons and has been ranked as Sri Lanka’s ‘Most Respected Entity’ for the last 14 Years by LMD Magazine. Whilst being a full member of the World Economic Forum and a Member of the UN Global Compact, JKH drives its vision of ‘empowering the nation for tomorrow’ through the John Keells Foundation.