HIGHLIGHTS
vivo extends product warranty for Sri Lankan Customers
Emirates Skywards extends support, offers flexibility to members
CIPM Goes Online with Business School Study Courses and other Programmes
Over Rs. 32 million from Fonterra to support communities and the Nation in the fight against COVID-19
The financial donations to the COVID-19 Healthcare and Social Security Fund from the People’s Bank Group and the People’s Bank Pensioners Association
PR Wire continues value addition to clients via Remote Working
ComBank deploys mobile units in areas under curfew to offer access to cash
Huawei releases its 2019 Annual Report
Five tips for keeping your data safe this World Backup Day
It’s never too early to bring your child in to the kitchen! Make cooking a fun activity at home. 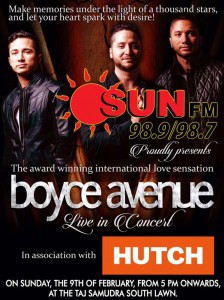 Hutch Telecommunications, Sri Lanka’s preferred choice for mobile broadband services, is starting the New Year on a celebratory note by collaborating with Sun FM to proudly present the popular American band, Boyce Avenue, Live In Concert, on 9th February 2020 at the Taj South Lawn in Colombo. Boyce Avenue is a popular American pop band, formed by brothers Alejandro Luis Manzano, Daniel Enrique Manzano and Fabian Rafael Manzano. Elite Colombo audiences will be treated to the band’s original music as well as covers of CHR and classic songs belted out by Boyce Avenue.

Ramzeena Morseth Lye, Head of Sales and Marketing at Hutch, states: “We are delighted to join Sun FMthe Number ONE radio station in presenting Boyce Avenue to the Sri Lankan audience.  They are a part of the millennial wave of artistes and will definitely connect with our millennials and Gen Z as well as all music enthusiasts for an evening of great music! Hutch is a brand that appeals to the youth in Sri Lanka and supports their evolving lifestyles. Having acquired Etisalat Sri Lanka in December 2018, Hutch has completed the merger of the 2 operations and combined the existing 2G and 3G networks with a rollout out of Sri Lanka’s most advanced 4G technology covering 90% of the population nationwide.  The network expansion has resulted in an increased number of sites overall with Colombo now having double the number it originally did thus offering  both 078 and 72 subscribers a superior coverage experience.

Formed in 2004, Sarasota, Florida’s Boyce Avenue is part of the millennial wave of artists who have used the Internet, rather than extensive touring, to get their music out to the masses. The brothers showcased their emotive, radio-friendly music on YouTube with a series of videos of them performing acoustic versions of their own songs as well as covers. In 2013, they joined the American version of The X Factor television series as vocal coaches and released the concert album Live in Los Angeles. By that same year, they had hit one billion views on YouTube, amassing millions of subscribers in the process.

This concert by Boyce Avenue is a great way to kick off the New Year on a musical note to bring people together!”.

‘New Ink’: How the Story was Written 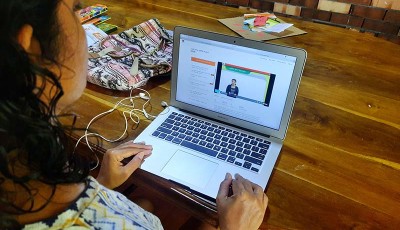 Headstart opens up access to Guru.lk platform to combat schools lockdown due to COVID-19 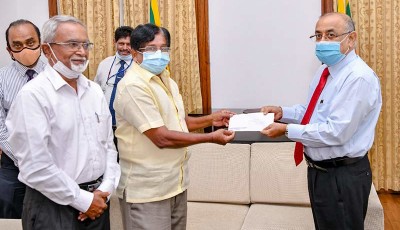 The financial donations were made to strengthen the COVID-19 Healthcare and Social Security Fund, by the People’s Bank Group and the People’s 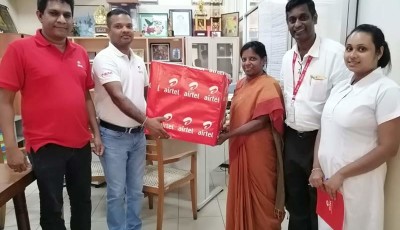 In an effort to raise awareness on Cancer, Airtel Lanka held a Cancer Awareness Week for employees in commemoration of World Cancer Day 2020. 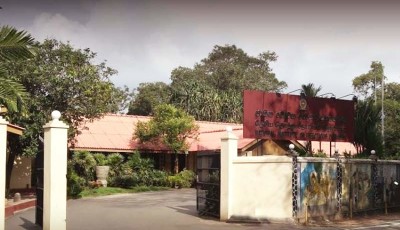