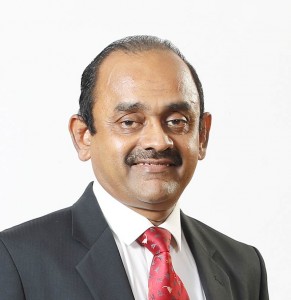 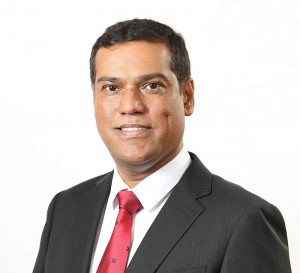 As The Bank of the People, People’s Bank marks its 59th anniversary on the 1st of July. With the passing of this latest milestone, it is clear that amongst all the state-owned commercial banks in Sri Lanka, People’s Bank boasts of a different identity. In 1961, People’s Bank became the country’s  state-owned commercial bank having been established under the People’s Bank Act No. 29 of 1961. The bank’s formation was driven by Minister T.B. Ilangaratne who served as the Minister of Trade, Food, Cooperative and Shipping in the then government of Hon. Prime Minister Sirimavo Bandaranaike and it started off operations under the Chairmanship of Vincent Subasinghe. The people of Sri Lanka, irrespective of race, religion, caste or creed, rallied around People’s Bank and as a result cooperative bank branches islandwide were converted into People’s Bank branches. Subsequently, having been established as a licensed commercial Bank under the Banking Act No. 30 of 1988, People’s Bank has become a bank that is close to the hearts of the general public by offering a wide variety of specialised banking and financial services to its customer base.

Sharing his thoughts, Sujeewa Rajapakse – Chairman of People’s Bank stated, “During the past 59 years, People’s Bank’s historical journey has seen it sustain its leadership and status while securing its position as a preferred choice among the Industrial Sector of the country. A large number of local entrepreneurs have made rapid progress in their fields of business by obtaining finance loans from the Bank. Entrepreneurs who have built their reputation in industries such as apparels, construction, agriculture, imports and exports, real estate, food & beverage, health services, manufacturing, energy, fisheries, tourism, transport and communications are among them. The Bank has been able to successfully provide various types of business loan services to perfectly suit the varying needs of each of these entrepreneurs. Another reason for the success of People’s Bank can be attributed to the short-term and long-term loans at concessionary interest rates provided for Small and Medium-scale Enterprises (SMEs) as well as various types of loan schemes provided to uplift the self-employed.”

Expressing his views, Ranjith Kodituwakku – Chief Executive Officer / General Manager of People’s Bankstated, “Over the course of the past 59 years, the Bank has continued to perform a leading role in the Banking and Finance sector, meeting and even exceeding expectations in terms of services to the general public.

Due to the unexpected, adverse impact of the COVID-19 outbreak, the Sri Lankan economy has been slowed down since mid-March. With the gradual reopening of the country and easing of restrictions, People’s Bank took on the responsibility to help the economy bounce back rapidly through an injection of much-needed funds via bank loans with attractive financial solutions. As a result, the Aswenna Loan Scheme was launched to benefit small and medium-scale agriculture, fisheries, other crops and livestock development. The Bank also introduced a number of new loan schemes along with special concessionary interest rates for a large cross-section of groups with most of the loan schemes offering single digit interest rates. These groups included doctors, dentists, vets, engineers, architects, accountants, IT professionals/software engineers, healthcare professionals, school teachers, university staff members, university students and even artists. Additionally, the Bank introduced a loan scheme to provide loans to SME businesses with an interest rate of just 6%. It was launched in parallel with the ‘Saubagya COVID-19 Renaissance Facility’ of the Central Bank of Sri Lanka (CBSL).’’

With the spreading of the COVID-19 Novel Coronavirus, a large number of our valued customers faced great difficulties and we believe that the service we provided them would help the general public understand the gravity of the current situation. Even during the curfew periods, People’s Bank were able to keep a large number of our branches open as we understood the importance of giving priority to the needs of the people. Mobile Banking Unit, which consisted of all technological facilities, was deployed rapidly to provide the necessary banking and finance services to our customers at their doorsteps.

With the spreading of the Coronavirus People’s Bank ensured that our valued customers did not face any difficulties by taking the necessary steps to provide all the concessions declared in the gazette by the Central Bank of Sri Lanka.

The People’s Bank Corporate Banking Division provides various banking services to corporate customers and by maintaining close ties with representatives across the globe the Bank is able to provide financial and advisory services to corporate customers that conduct international trade. People’s Bank customers have great confidence in the Bank when sending money from foreign countries to Sri Lanka as well as when sending money abroad through foreign remittance facilities. Among them, services such as People’s eRemittance, People’s Instant Remit, Swift and Western Union stand out.

People’s Bank’s latest data shows that at present the Bank has a network of 737 branches across the country serving a total of over 10 million customers. With the objective of providing a highly-efficient service to customers by leveraging the latest technology, all the branches of People’s Bank are now inter-connected. While these branches are located in every town, district and province across the island, the network has grown to a total of 755 Automated Teller Machines (ATMs), 270 Cash Deposit Machines (CDMs) and 220 Kiosks. With the aim of providing greater customer convenience, People’s Bank has extended the ATM network beyond the Bank’s existing network to as many as over 4,000 ATMs by entering into a partnership with Lanka Pay network. The Bank has also deployed a Mobile Banking Unit complete with computers and teller machines to enable customers to carry out their banking in any location across the island. The Bank’s workforce of around 8,000 is highly-experienced in different areas of the banking industry. Their expertise and outstanding performance is what propels the Bank forward towards greater success. Forging ahead in its mission to digitally empower the nation, People’s Bank established Sri Lanka’s first-ever ‘School Banking Unit with CDM’ at several schools in a bid to extend banking facilities to students for enhanced convenience and safety, while inculcating the savings habit.

Among the many banking services that People’s Bank offers to customers, one unique service that has gained the love, respect and trust of customers is the various savings accounts the Bank has introduced for individuals from different age groups ranging from young children to senior citizens. These savings accounts offer attractive, competitive interest rates and provide maximum returns and security. As a result, Isuru Udana, Sisu Udana, YES, Vanitha Vasana, Parinatha, Jana Jaya, Investment Savings Account and ‘Aswenna’ savings and Investments Account have attracted a large number of customers. The People’s Bank current account has also gained in popularity among customers.

Another notable service offered by People’s Bank is the pawning service that emphasizes the security and trust of a state bank. Customers are able to avail themselves to the best price and lowest interest rate in the market together with the ability to recover their item by paying in instalments.

People’s Bank aims to turn customers’ hopes into reality by leveraging the power of new technology and the latest trends in the banking and finance industry at every opportunity. Resultantly, People’s Bank has become a pioneer in the digitalisation of banking services in the banking and finance industry in the country. People’s Bank has utilised the world’s most modern technologies as the basis for its digitalisation thereby enabling the bank to come to the forefront of the banking sector by becoming the first bank to introduce this state-of-the-art technology. While a majority of banking services is entering the digital age, People’s Bank is a leader in this transformational journey. One of People’s Bank’s key objectives is to become the leading bank in Sri Lanka by driving the digitalisation process by achieving the highest of international standards and thereby becoming a customer-centric bank that further enhances its inherent qualities such as convenience, quality and trust.

People’s Bank has introduced a host of new banking experiences to customers through the “People’s Wave” Mobile Banking App and the “People’s Web” Internet Banking facility. By tying up with mobile operators such as Dialog, Mobitel and Etisalat, People’s Wave Mobile Banking service allows customers to carry out bank transactions and make bill payments by using their smartphones, without having to visit the bank branch.

People’s Bank is a bank that has won countless awards on the national and international stage. Each and every award highlights the extent to which the world-class services provided by the Bank have impacted the lives of the people of the country. The Bank has obtained a rating of AA+(lka) from Fitch Ratings Lanka and an AAA- from Brand Finance Lanka. In the 17th Annual review of Sri Lanka’s Most Valuable Brands published by Brand Finance Lanka, People’s Bank retained its No. 3 ranking having also increased its brand value by 1.4% to LKR 46.1 billion. People’s Bank has continued to showcase Sri Lanka’s banking expertise on the global stage and won numerous accolades at prestigious international awards such as the European Global Banking and Finance Awards and World Finance Banking Awards, ranked the 400th Largest Bank in Asia as per the Asian Banker Magazine and included in the World’s Top 1000 Banks by the Banker Magazine (UK). At the annual SLIM-Nielsen People’s Awards, People’s Bank has won “People’s Banking Service Provider of the Year”, “People’s Service Brand of the Year” for 14th consecutive years. In addition to this, at the National Business Excellence Awards, People’s Bank was declared the “Winner – Banking Sector”, making it yet another one of the prestigious awards the Bank has won in recent years.

The current Chairman of People’s Bank is Sujeewa Rajapakse, a Senior Chartered Accountant with vast experience in all accounting and auditing standards and practices, government regulations related to financial disciplines and ethics, human resource management and overall management practices and principles in both private and public sectors. The Directors of the Bank include Malindu Ranasinghe, Sudarshan Ahangama, Manjula Wellalage, Kumar Gunawardena, Keerthi Goonatillake, Isuru Balapatabendi and K.A. Vimalenthirajah, all of whom are experienced professionals from different fields of expertise.