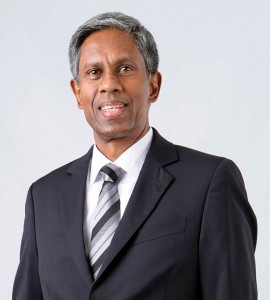 Mr. Palavinnege Sumith Cumaranatunga has been an Independent, Non-Executive Director of Siyapatha Finance PLC since 30th October 2017. Presently, he is the Chairman of the Board Audit Committee, the Board Human Resources & Remuneration Committee and the Board Nomination Committee. He also served on other Board Sub-committees from time to time and continues to serve on some of them.

Mr. Cumaranatunga was formerly Chairman & Managing Director of the David Pieris Group of Companies, where he served for over 30 years– 24 years as a Director and 2 years prior to that as General Manager. He retired as Chairman on 31st March 2016, having joined as an Accountant on 01st July 1985.

During this tenure, the organisation transformed from a relatively small business unit in a single location with a turnover of Rs 43.3 million and a net profit of Rs 311,000 in 1985/86, to one of the most profitable, professionally managed conglomerates in Sri Lanka, with a turnover of Rs 86.2 billion and a net profit of Rs 11.1 billion in 2015/16, and an island-wide reach and consistent track record of exceptional performance, successfully overcoming numerous challenges. The David Pieris Group of Companies was at the forefront of automotive, financial services, information technology and logistics businesses, with industry leadership in many spheres, breaching Rs10 billion in net profit thrice in five years, from 2011/12 to 2015/16.

He also served as Chairman of Assetline Leasing Company from 12th October 2010 to 05th April 2015, during which the Company was among the most profitable entities in the finance leasing industry. Presently, he serves as Chairman of Suvimie Associates (Pvt) Ltd, a Company engaged in local retailing, global trading, manufacturing and plantations.