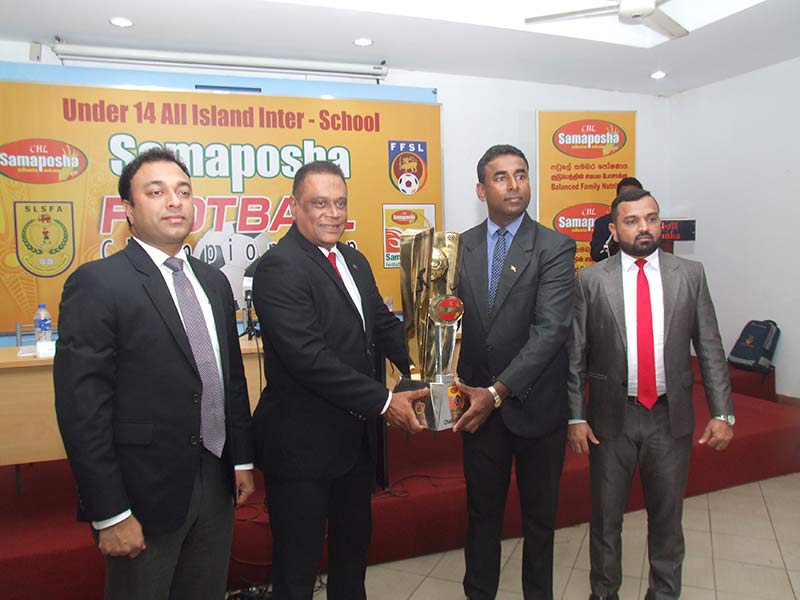 An astounding number of over 12,000 students will be participating this year, showcasing the overwhelming response the event has garnered throughout the last decade. A total of 470 boys’ teams and 130 girls’ teams gather at the 32 centers situated island wide which hosts the tournament encompassing all districts in the country.

33 boys’ teams and 25 girls’ teams selected as district champions will start competing the rounds leading to finals in Galle. The opening ceremony will take place on January 31 at Football house Ground, Galle and the price giving will be held at Race Course grounds, Colombo. The Best Player (Boys), Best Player (Girls) and the Best Goalkeeper of the tournament will also be presented special awards.

Hemantha Abeykoon, President – Sri Lanka Schools Football Association commented on the tournament stated, “Each year we see the growing interest of the youth in coming together to compete for the championship. The tournament continues to encourage their team efforts and comradeship through a sport that helps develop them both physical and mentally, and we are truly grateful to Samaposha for their support in helping us to hold this event annually.”

“For the eleventh consecutive year, CBL Samaposha has been stepping forward in leading the development of football as a school sport, and many of these students are now recognised National Football players bringing pride to their schools”, also commented Anura de Silva, President, FFSL.
During last year’s tournament Bendiwawe Maha Vidyalaya Girls High School, Polonnaruwa emerged as Champion in the Girls’ final and Muslim Central College, Kalutara clinched the Boys’ Championship.

Shammi Karunaratne, Director/CEO, Plenty Foods (Pvt) Ltd expressing the company’s view stated, “As much as good nourishment is a key part in the development of young children, we also strongly believe in the importance of developing both physical and mental attributes through sports that advocates skills such as unity, discipline, quick decision making along with strength and endurance. Both must go hand in hand for in order to achieve these factors it is paramount for a child to have the right balanced nutrition in their daily diet. As such Samaposha continues to advocate the message on the importance of a balanced nutritious breakfast for a healthy and nourished future generation.”

Samaposha is the flagship brand of Plenty Foods (PVT) Ltd, a fully owned subsidiary of CBL Group, one of the largest FMCG conglomerates operating mostly within the food sector in Sri Lanka with a brand presence spread over 60 countries around the world. The company has grown to become a market leader and a dominant player in every sector it operates in. CBL group as a local corporate has earned much respect throughout the years for its caring approach towards all its stakeholders.