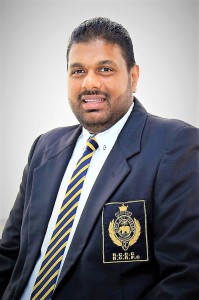 Taking time off his busy schedule, Mr. Harith Jayasuriya, the Chairman of the Royal College Rugby Match Organizing Committee was more than happy to share with us a number of aspects that have led up to the diamond anniversary of one of the most celebrated and well-known Rugby encounters in the country.

The first query put to Mr. Jayasuriya was about the original purpose behind the inception of the Bradby Shield Encounter back in 1945. Mr. Jayasuriya explained his belief that Mr. E. L Bradby, the Principal of Royal College at the time, hoped that the encounter would be an event where rivalries are limited to the field, while friendship and brotherhood extend far beyond. This hope was reciprocated by Mr. C. E. Simithraarachy, the Principal of Trinity College, thus giving life to the Bradby Shield Encounter. The event received its name from the shield presented by Mr. Bradby, which was crafted by Kandyan silversmiths.

“Since its inception, the Bradby Shield Encounter has played an important role in the lives of Trinitians and Royalists, young and old”, stated Mr. Jayasuriya.

When asked to describe the tournament’s evolution over the past 75+ years, the Chairman of the Royal College Rugby Match Organizing Committee said, “The very first Bradby Shield Encounter took place at the Race Course Grounds in 1945. The Royalists were led by C. D. L. Fernando, while Robert Sourjah captained the Trinitians. 75 years later the Bradby remains the only one of its kind to have had an uninterrupted streak of annual encounters despite civil war, political unrest, economic crisis etc.”

“The Bradby Shield Encounter is the island’s oldest and most glamorous rugby event. Described as the ‘Blue Ribbon Event’ of the local sports calendar, the Bradby has been brought to its present status thanks to the efforts of the past and present Royalists and Trinitians. The present boys of Royal and Trinity carry a significant weight on their shoulders to keep this great game alive, true to the spirit of its rich tradition”, he added.

“To date there has never been a personification of all things related to the Bradby Shield Encounter. A group of luminaries from the Royal and Trinity fraternity came together, and after much thought and deliberation, created an exclusive brand identity for the Bradby in the form of a logo. The logo is simple and derives its shape from the oval rugby ball. The date at the top of the logo is that of the very first encounter. The appearance of the two school crests, follows the order of the years in which they were established. The usage of the name of the match is to honor the donor of the shield. The color schemes are self-explanatory and finally, the rugby player represents the sport itself. With this brand new emblem will come renewed vigor and dynamism”, stated Mr. Jayasuriya in response to a question regarding the first ever Bradby logo.

Mr. Jayasuriya went on to describe the significant features that have been added to the event in celebration of the shield’s diamond anniversary;

A first day cover and stamp have been launched in honor of the 75th Bradby Shield Encounter to serve as mementos of this significant milestone in Bradby history.

A coffee table book was launched in May, which provides a detailed history of every aspect of the Bradby Shield Encounter over the past 75 years. Adding to its uniqueness, the book also contains special recordings of many of the past captains of both Royal and Trinity. A specially designed umbrella has also been added to the list of purchasable souvenirs to commemorate this special occasion.

For the first time in Bradby history there will be a Captains’ Enclosure for all the past Bradby captains and their spouses, as well as a special Captains’ parade, which will honor all those who’ve led teams onto the field. There will also be the Royal Tuskers Season Pass Enclosure, an exclusive pavilion with privileged seating and other benefits for members of the Royal College Union and their families.

A new Gold Coin has been minted and introduced for the toss, thus creating a combined history, which is a renaissance for the Bradby Shield after 75 years as we celebrate its diamond jubilee.

Speaking about the sponsors of this year’s Bradby Shield Encounter, the Chairman said, “I would say that we have been extremely fortunate to enjoy the patronage of a group of very generous and supportive sponsors. Our main event sponsor, Singer has been a constant source of support for over 30 years. We are also very pleased to have Arnima Holdings as the Main Team Sponsor and Brandix as Co-Sponsor. Other benevolent sponsors include Vision Care as Optical Partner, Prima as Food Partner, Milo as Beverage Partner, Scan as Water Partner, the Omnicom Media Group as PR Partner, Atom as Digital Media Partner, Quadrangle as Social Media Partner, Bolt Gear as Clothing Partner, Lanka Hospitals as HealthCare Partner, Green Cabin as Catering Partner, and HNB as Banking Partner, while Home Lands has come in as the Royal Tuskers Partner. We are grateful to each and every one of our partners and sponsors who have come forward to contribute to the 75th Bradby Shield Encounter in numerous ways”.

Following the tragic Easter Sunday attacks, the festivities have been toned down via the cancelling of a number of activities that were on the agenda, as a testimony of solidarity. Mr. Jayasuriya also affirmed that all necessary precautions have been taken to ensure the safety of all participants, including special security measures by the security forces.

For the safety of everyone coming to witness the Bradby Shield Encounter and the safety of all the children involved, the Royal College Rugby Match Organizing Committee, together with the Sri Lanka Police, Army and other law enforcement agencies have put in place a security plan to ensure that there are no unwanted incidents.

“For this to be a success we also need the assistance of all who will be coming to Royal Sports Complex on the 15th of June. Therefore, please do not bring any back packs and large hand bags. No food items or glass bottles of any sort are permitted. Also to avoid any last minute rush, we advise everyone to arrive at the ground a little earlier than usual as there will be security checks at the grounds. No one will be allowed to enter the playing area at any time, even after the match. We humbly ask everyone to remain in their seats during the presentation ceremony and apologize in advance for any inconvenience caused, but this is for the safety of all”, stated Mr. Jayasuriya.

When quizzed about the outcome he hoped for, Mr. Jayasuriya smiled and said, “The Royalist in me secretly hopes for a Royal victory, but my greatest hope is that the Bradby Shield Encounter of 2019 will be a memorable event for all. I look forward to witnessing a good game of Rugby”.

According to Mr. Jayasuriya, the Royal College Rugby Match Organizing Committee bears the responsibility of ensuring that every aspect of the event is well planned and carried out according to schedule. The committee hopes to provide old Royalists and Trinitians with the chance to relive the old glory days, and to give the youngsters in the crowd an opportunity to be a part of an old and rich tradition that is centered around brotherhood and a love of the game.

“I would fail in my duty as Chairman if I did not recognize and acknowledge the hard work of my committee in ensuring that the 75th Bradby Shield Encounter is a resounding success. I also wish to thank the Royal College Rugby Advisory Committee, the Royal College Union, the Principal and the school administration, and the security forces for their support in all aspects of the event”, added Mr. Jayasuriya.

In parting the Chairman of the Royal College Rugby Match Organizing Committee, was asked for his thoughts on what the late Mr. Bradby’s sentiments would be on the celebration of the diamond anniversary of the Bradby Shield Encounter. His response was, “If he were with us, I certainly feel that he would be extremely proud to witness the Bradby Shield Encounter celebrate its 75th anniversary. His memory lives on in the Bradby and in the hearts of all past and present ruggerites and rugby loving fraternities from both schools”.

Mr. Jayasuriya related an incident, which took place at a gathering in 1983 in celebration of the 38th Bradby Shield Encounter, according to him Mr. Bradby said, “I am delighted that this encounter has now blossomed into one of the finest occasions, not only in terms of Rugby, but also as a social event. With schools’ Rugby opening out, and more institutions taking to the game, many will try to emulate the Bradby Shield Encounter. It certainly will be good for the game as long as other schools initiate their own traditions. As Royalists I urge you to jealously safeguard the sanctity of this event and not allow anyone to take the glory of the Bradby Shield Encounters away from Royalists and Trinitians!”

“I feel that we have made Mr. Bradby proud. We have and will always do our best to adhere to his wish and guard the sanctity of the tradition of the Bradby Shield Encounter”, concluded Mr. Jayasuriya. 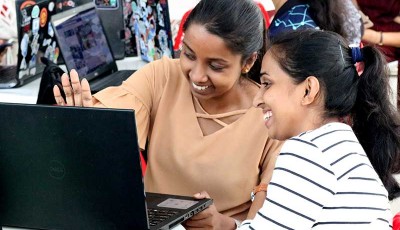 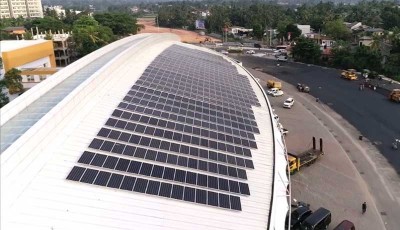 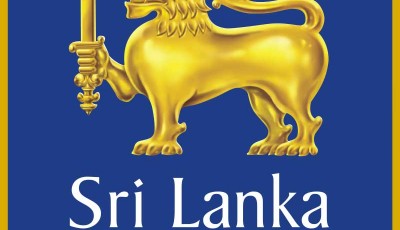