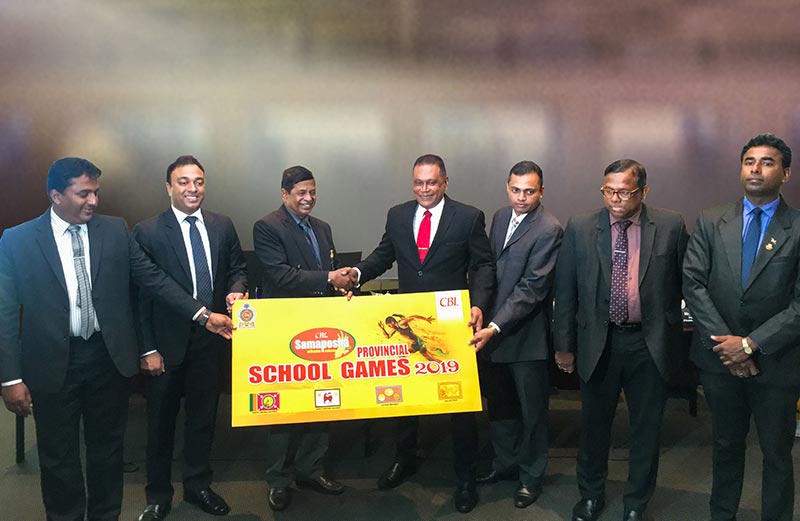 Plenty Foods (Pvt) Limited, a fully owned subsidiary of CBL, manufacturer of the nation’s popular cereal brand ‘Samaposha’, with an aim of developing young talented athletes who can compete internationally, organised the 2019 Samaposha Provincial School Games, which was held on a grand scale and successfully concluded recently.

CBL as a wholly local entity receives grains such as corn, rice, soya and green gram which are of the utmost quality, grown on land owned by local farmers and used for the manufacture of Samaposha to ensure that the cereal nourishes and strengthens the nation’s young and adult population.

Samaposha which is an extremely popular choice and having won the trust from grass root levels across the entire country understands that the development of our younger generation must coincide with global advancement. In order to support them transform into a healthy and excelling generation, Samaposha provides the required nutrition and strength.

Thus with an aim to raise the youngsters to greater heights, Samaposha has come forward decisively contributing in several fields to ensure that young sportsmen and women can showcase their talents at international arenas through school competitions and also competing through other open events.

The recently concluded and hugely successful series of four Samaposha Provincial School Games were an important phase and held with an objective of showcasing the accomplishments of these sportsmen and women’s and through technology, knowledge and nutrition, and in striving for excellence, strengthen and develop the standards of these young athletes to ensure that they bring credit to the nation.

During the entire month of July, this series of School Games were organised covering the Uva, North-Central, Eastern and Wayamba provinces, providing new experiences for athletes from these regions.

Throughout the overall competition series, an impressive 116 events were conducted at each provincial meet with a total of over 1000 schools taking part represented by a massive number of 10,000 young athletes. The winning schools were awarded Samaposha Championship trophies, awards and certificates.

Expressing their happiness on the concluded School Games, Provincial Educational Officers noted that Samaposha has provided the children of the country an important platform to showcase their sporting achievements in addition to building their confidence. They also offer their immense gratitude to the company for pioneering this project on a national scale.

Commenting on the Games, Jayanga Perera, General Manager, Marketing, CBL Food Cluster said,   “Samaposha continuously emphasises the importance of a balanced breakfast in order to build a healthy and nourished future generation. The Samaposha Breakfast Campaign ‘Breakfast eka Hari Wedagath’ highlights the importance of breakfast to both children and parents. Additionally through our new promotional programme ‘Breakfast Hero’ we aim to ensure that children are nourished and healthy, and able to live a life full of goodness.  We are also mindful of the communities who live in these provinces and their dedication in helping us obtain high quality raw materials for the manufacture of Samaposha. Over 10,000 farmers contribute to our endeavours and we in return support their families through several welfare programmes that have been initiated.”

Commenting on this national task, Shammi Karunaratne, Director/CEO, Plenty Foods (Pvt) Limited said, “For the betterment of our sports and sportsmen, in addition to nourishment and strength,  dedication, patience, self-belief, and discipline are among important characteristics. Through sports respected personalities emerge.  For over a decade we have organised the Inter-School Football Tournament, the Up-country and Junior Athletics Meets and the Military Athletics Meet on impressive scales while at the same time continuing our responsibility to support and uplift the sporting standards of our sports men and women towards international levels.” 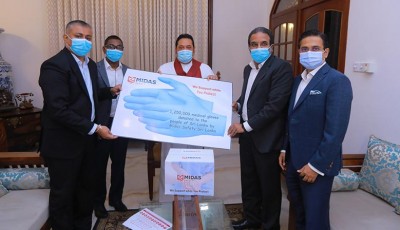 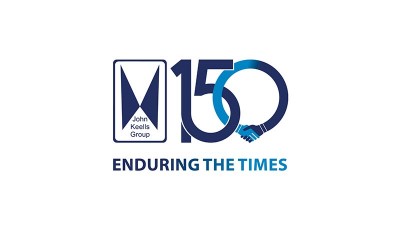