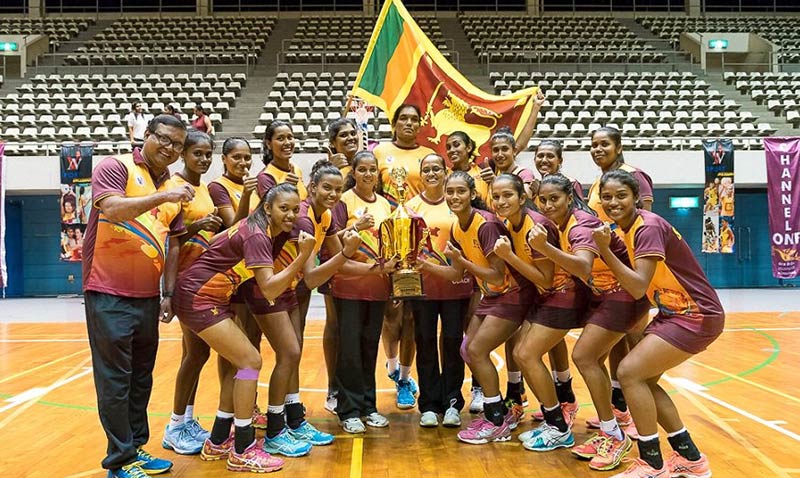 Genie, the famous charisma in the history of Sri Lankan netball was able reiterate her value as a star who contributed significantly to the Sri Lanka National Netball team to conquer the Asian Netball Championship recently.

The young Sri Lankan side showed that they had the depth to complement their 2.08m goal-shooter Tharjini Sivalingam with three other players in the starting XI standing over 1.8m. Tharjini, the tallest netball player in Asia showed amazing skills as goal shooter that played a pivotal role in driving the Sri Lankan National Netball Team to secure the championship by defeating Singapore with score 69-50 in the final.

Tharjini who is a netballer with international repute is also a banker by profession. She joined the Seylan Bank in 2005 and works at the Liability Products Management Department.

Commenting on the victory, Tharjini added “It gives me immense pride and honour of my team to bring back the Asian Championship after 9 years. The support I received from the team members and the coaches are commendable. Further, I must also thank Seylan Bank that has always been their supporting my passion, by providing flexible work hours, timely sponsorship and much other advocacy support.”

In addition, As the Bank with a heart, Seylan Bank also extended its support to the Sri Lanka National Netball Squad, by patronising them during the exposure tour in Malawi last month and at the Asian Netball Championship by providing necessary attire and obligatory resources for the series.

Tharjini was also awarded gold medals in 2009 for her outstanding performances at the national level and was feted with the Best Shooter in 2011. Further, in 2012 she led the SL team at international level.