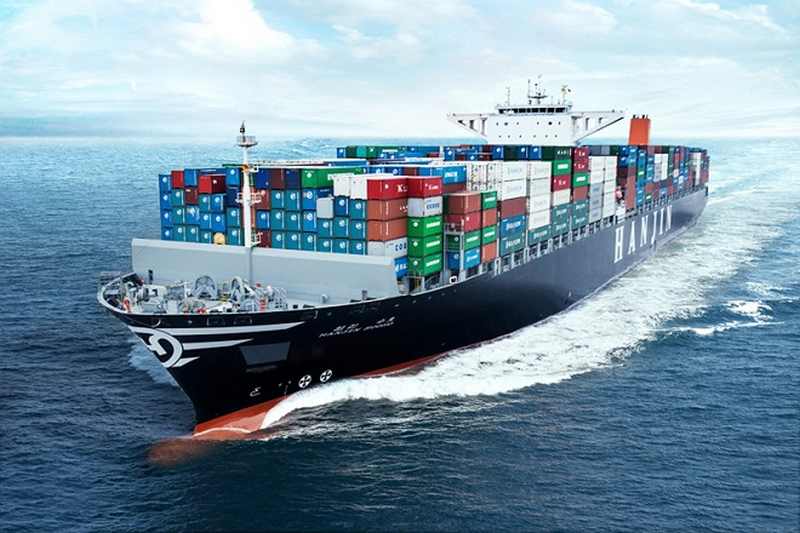 The recent European Union (EU) monitoring mission visit to Sri Lanka on the Generalised Scheme of Preferences (GSP) Plus trade concessions scheme, has ignited much speculation locally, on the potential costs of losing GSP+ to the EU.

However, many such analyses have significantly under-estimated the potential losses, often failing to account for vital factors. Hence, in this article, the Joint Apparel Association Forum (JAAF) – the apex body representing Sri Lanka’s apparel sector – seeks to provide stakeholders a comprehensive understanding of the potential costs associated with losing GSP+ to the EU.

Based on available evidence, it is highly probable that this carries heavy economic as well as ‘social and human costs’ – the latter particularly from a poverty and vulnerability perspective.

First, placing the vital importance of EU’s GSP+ in context, exports to the EU – Sri Lanka’s second largest destination for exports – accounted for nearly a quarter (23%) of Sri Lanka’s total export earnings in 2020. This is equivalent to roughly 3.2% of Sri Lanka’s entire Gross Domestic Product (GDP) for 2020.

The EU accounts for a large component of the total exports of many of Sri Lanka’s biggest export industries. Approximately two thirds (61%) of the country’s exports to the EU benefit from GSP+ concessions. While slightly more than half of these are apparel – which accounted for 43% of the sector’s earnings in 2020 – EU is also a key market for Sri Lanka’s plastics and rubber product exports, vegetable products, machinery and appliances, food, beverages and tobacco.

In fact, industries such as seafood, rubber products, and footwear make even greater utilization of GSP+ than apparel does (more than 90%, compared with less than 50% for apparel) and hence, as per a local think-tank, would also be highly vulnerable if GSP+ is lost.

Opportunity costs are another consideration. Available data overwhelmingly indicates that the GSP+ scheme is beneficial to countries which are eligible for these concessions. From 2011 to 2017, exports to the EU by GSP+ beneficiaries had increased by 82%. In Sri Lanka’s case in specific, much of the growth that enabled Sri Lanka’s apparel industry to achieve export earnings of more $5.3 billion prior to the pandemic in 2019 is attributed to the EU. It’s also important to note that that Sri Lanka’s competitors, such as Bangladesh for instance, will continue to enjoy these privileges.

The implications of a GSP+ loss on local employment are significant even if one were to consider only apparel and food product exports – both of which benefit from the EU GSP+ scheme. The industry has provided steady and uninterrupted employment to around 350,000 apparel workers, while indirectly creating livelihood for an additional 700,000 within the country. According to the 2019 edition of the Annual Survey of Industries, more than 360,000 people are employed in the food products sector. Even after removing employees of non-export businesses in the food products sector, this would imply that export industries which are significant beneficiaries of EU’s GSP+ are also some of the country’s biggest employers.

Furthermore, in the case of apparel, nearly 80% of the employees/associates are predominantly rural women, implying that vulnerable rural groups stand to be disproportionately impacted if GSP+ is lost. This would further exacerbate already high levels of income inequality in the country. SMEs in the apparel sector could also be affected to a greater extent, which too could contribute to inequality.

Academic studies done on loss of GSP+ by Sri Lanka in 2010 (for example, the study done by Bandara and Naranpanawa in 2014) have indicated that poverty and income inequality likely increased as a result at that time. A highly respected Sri Lankan trade expert also stated at a public forum few months ago that loss of GSP+ led to around a 1% loss of GDP for the country.

Trade shifts and beyond

Beyond the above context, it is also important to take into account the likely outcomes of the loss of GSP+ to the EU, to understand the full extent of the costs involved. There are two important factors that should be considered in this regard; likelihood of trade shifts and the potential for negative cascading effects such as the loss of Sri Lanka’s other trade concessions.

Apparel brands and buyers now strongly prefer end-to-end solutions providers. Hence, if Sri Lanka were to lose GSP+ to the EU – which would increase the cost of our apparel by 9.5% for buyers in the EU – the loss of market share will not be limited to products that receive GSP+ concessions. Buyers could shift en masse to Sri Lanka’s competitors, resulting in trade shifts which would be further detrimental to the interests of our country.

Furthermore, there are significant parallels between the conditions under which tariff concessions are provided to Sri Lanka via EU’s GSP+ and other similar schemes which Sri Lanka currently benefits from. Hence, if Sri Lanka were to lose GSP+ to the EU, there is high probability of trade concessions to the UK and even USA coming under review. These markets are also vital markets for Sri Lanka’s exports – with US and UK collectively accounting for more than one third (34%) of Sri Lanka’s national exports in 2020.

In addition, two other markets that the Sri Lankan apparel industry hopes to enter – Japan and Australia – also have GSP schemes, modelled on the EU. Hence, the European Commission’s actions could potentially affect those plans.

Foreign Direct Investments (FDI) too would be negatively impacted, if GSP+ to the EU is lost.

Fabric processing, which would strengthen the apparel industry’s backward integration enabling greater utilization of trade concessions such as GSP+, is one of Sri Lanka’s key sectors newly designated for FDI. However, if the country is no longer eligible for trade concessions, questions would arise with regard to the sector’s viability. This would carry a significant opportunity cost for the country. Potentially, thousands of employment opportunities – both directly in fabric processing and in the apparel sector which would expand as a result – will be lost, together with millions of Dollars in much-needed FDI inflows.

Loss of foreign exchange earnings from exports, employment and FDI will have cascading impacts that would lead to other negative consequences. For instance, foreign exchange earned from apparel and other exports are essential for Sri Lanka’s critical imports – including food, medicine and fuel. Currency depreciation pressure etc. would also exacerbate.

GSP+ more important than ever

The above indicates that the potential loss of EU’s GSP+ would have far-reaching adverse impacts on many fronts that could trickle down to all sectors of the economy. Export industries and the country’s economy as a whole have taken a heavy blow from the pandemic. The apparel sector too was significantly impacted and is still grappling with many economic shocks. These include order cancellations and reductions, drop in margins, having to provide longer credit periods to buyers, supply chain disruptions and having to work with reduced staff, in adhering to safety protocols.

Given these challenges, the need for GSP+ is perhaps greater than ever. In this regard, we appreciate the government demonstrating its clear commitment to retaining it. We are optimistic and hopeful that any concerns can be ironed out through constructive engagement.

However, this should not be construed as an indication of the industry relying on GSP+ concessions indefinitely in the medium to long-term. We have put in place concerted initiatives to enhance the sector’s competitiveness. This includes developing strategic (as opposed to transactional) relationships with buyers, upgrading research and development capabilities and increasing innovation, developing branded products and efforts to diversify export markets. These are not mere claims by the sector and have been recognized by buyers and even in publications of the World Bank.

Retaining our existing preferential trade concessions together with the initiatives underway to enhance the industry’s competitiveness will enable Sri Lanka’s apparel industry to achieve its goal of becoming a $8 billion export earner by 2026. This will significantly increase our contribution to the domestic economy in terms of export earnings, employment, technology infusion and investment. The industry is fully-committed to this task but requires sufficient stability, especially protection from further economic shocks at present, to achieve this goal.

The Joint Apparel Association Forum is the apex body which guides Sri Lanka apparel towards its ultimate goal of being the world’s number one apparel sourcing destination. JAAF represents five associations that cover supply chain partners, the export-oriented apparel manufacturers, buying offices and representatives of international brands in Sri Lanka.