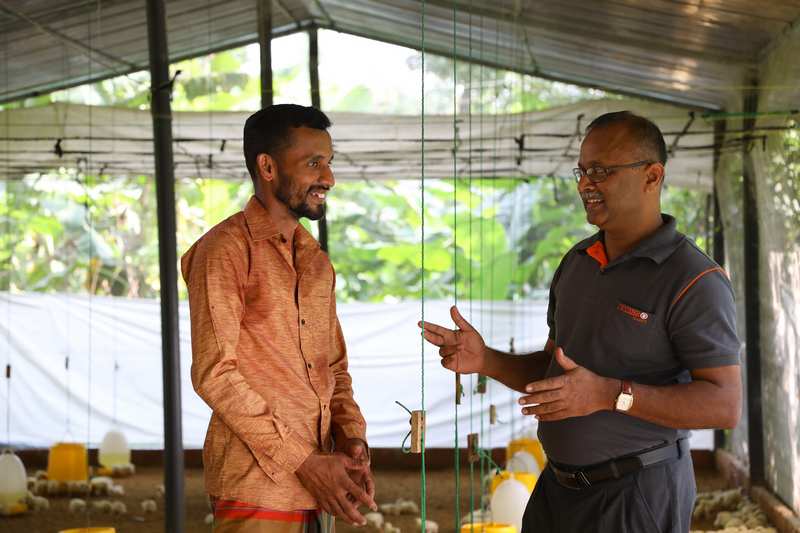 For almost 50 years now, Sri Lanka’s leading and favourite poultry producer Crysbro, while enriching the nation with its highly nutritional and fresh products, has been working towards supporting and empowering its workforce in every stage to drive the eradication of poverty faced mainly by residents in rural regions.

The producer introduced the now renowned ‘Diri Saviya’ scheme, setting the foundation for lending a helping hand to 250 farmer families in the Uva, North-Central, and Central provinces of Sri Lanka, with the setting up of their own independent poultry farms.

With the support of Crysbro, local farmers are prepared to contribute to the country’s economy, given the necessary supports of expert training, high-quality chicks from Crysbro’s own hatcheries, and quality feed produced in the in-house feed mill, to guarantee that every step is carefully attended for uniformity and quality.

“Having grown exponentially over the past few decades, Crysbro has now come to a position where the economic and social contributions by the company are now a larger requirement and expectation. This increased responsibility led us to extend the company’s ethos well beyond business as usual to include the welfare of the numerous farming communities that form an integral support structure for the entire poultry industry,” noted Crysbro Senior Marketing Manager Amores Sellar.

Inevitably, this strategy has given way to identifying the most crucial aspect of this objective: Its vital support framework for the entire local farming community.

For example, a vital aspect of its efforts within this sphere includes its close cooperation with chicken farmers. These farmers, through outgrower schemes, are contracted to raise chickens for Crysbro. The way this partnership works is Crysbro provides these farmers with the necessary chickens, veterinary support, feed and technical assistance while the outgrowers oversee the daily care of the chickens.

This mutually beneficial relationship has empowered several farming families from across the country by offering them a steady and viable source of income while allowing their farms to continue functioning independently. Crysbro’s involvement with these contract growers also significantly mitigates the financial risk these farmers would typically shoulder if they raised chickens without the company’s assistance.

Another example is Crysbro constantly and consistently assisting and fostering close ties with farmers who provide the maize required to feed the chickens that the group supplies to local grocers, supermarkets and restaurants. Last year alone, Crysbro’s subsidiary bolstered the rural economy by spending over Rs.1 billion to purchase maize from over 1,200 farmers in regions such as Monaragala, Mahiyanganaya and Anuradhapura.

In addition, Crysbro’s feed mill allows farmers to engage in direct selling. This entirely erases their reliance on a mediating middleman and ensures that they are paid after the collection of stocks.

Ultimately, Crysbro’s ties to farmers enable it to deliver on its overarching commitment of creating healthy citizens within a healthy economy.

This is represented by its leading role within the poultry industry, whose short- and long-term benefits to the economy are immense. The industry is among the country’s highest agricultural revenue generators along with its most disciplined, structured and consistent taxpayer.