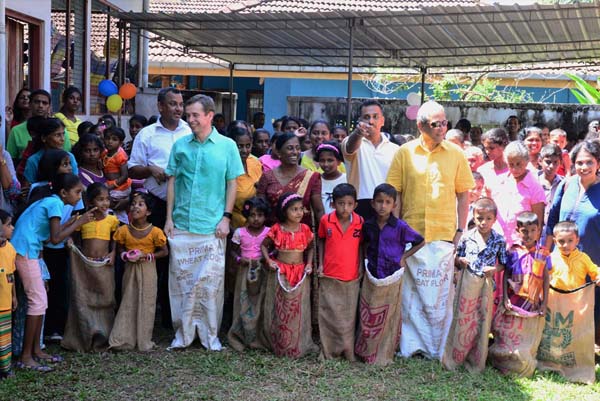 The children of the Hemas Piyawara Pre-School in Wadduwa were in for an Avurudu treat as they have never experienced before when Group CEO Hemas Holdings PLC Stephen Enderby and Group Director Abbas Esufally and their spouses arrived at the school premises on Saturday the 2nd April 2016 to celebrate Avurudu with them.

Present also were members of the local government authorities, parents, well-wishers, the village community together with Shiromi Masakorala Executive Director of the Hemas Outreach Foundation along with her staff.

Avurudu celebrations began in the customary manner with the welcome parade by the school band, the hoisting the National Flag, welcome song by the pre-school children and followed by the boiling of milk and the lighting of the oil lamp.

Then began the excitement as the visitors from Colombo joined the little children in the traditional games that take place all over Sri Lanka during this time of the year. Stephen Enderby and Abbas Esufally threw all inhibition to the wind as they took part in the Gunny Bag  Race, Tag-O-War, ‘Placing the Eye on the Elephant’ (Aliyata Asa Thabeema) and ‘Breaking the Pot’ (Kanamutti Bindeema).

This had the little children, and their parents too, in fits of laughter as the “Kolomba Mahaththuru” (gentlemen from Colombo) “competed” with the little children to win the competitions. They tripped and fell down in the Gunny Bag race. They lost their bearings and swished into air, continuously missing the pot. They also missed the mark and the elephant never got his eye back. The day’s fun filled activities culminated with the “Kaama Mesaya” (the traditional Avurudu table) where everyone partook of the sweet meats and goodies followed by the exchanging of gifts

This was a very special and memorable day for both the children and their parents. More so for Purnima Perera, a mother of four. “My oldest child Arunya Ravidi was a student here and went on to successfully passed the Grade 05 scholarship exam. The education and foundation in life she got from the Hemas Piyawara Pre-School is invaluable. We are so grateful for this opportunity”. Purnima’s other two children are current students here while her fourth will also follow suit.

Commenting on this novel experience, Group CEO Hemas Holdings PLC Steven Enderby said, “We all had a fantastic time. It was great fun and wonderful to see the real impact of our pre-schools on the local communities. This is a living testimony to the hard work done by the Hemas Outreach Foundation.”

“This school was built in 2005 post-tsunami. It is rewarding to see the school functioning so well and the impact it has made on the community. We must thank the Wadduwa Local Council, teachers and the parents for taking care of this valuable asset for the community. Personally it was an immense pleasure for me to be here today and enjoy the Avurudu with this community … a very rare opportunity indeed”, said Group Director & Chairperson Hemas Outreach Foundation Abbas Esufally.

Hemas together with the Ministry of Child Affairs launched Piyawara in 2002 focusing on Early Childhood Care and Development (ECCD) in Sri Lanka. The Group CSR initiatives are carried out by the Hemas Outreach Foundation which is an Approved Charity by the Government of Sri Lanka.

Today 41 Piyawara Pre-Schools span the length and breadth of Sri Lanka providing pre-school education to over 3000 children daily with over 150 teachers. Considered one of the best public-private partnerships in carrying out transformational CSR activities in Sri Lanka, the Piyawara initiative won the award for the Best Community Care Company in Asia 2014 in Singapore. 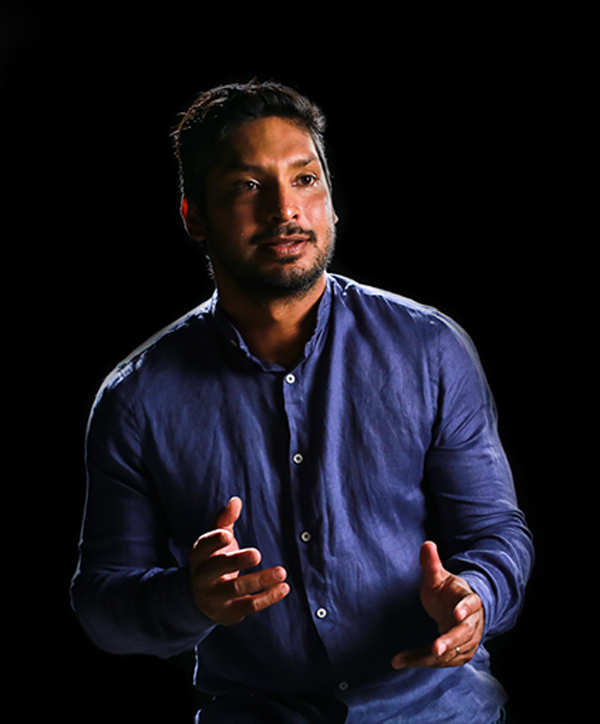 ‘Sanga’ with Guru.lk on ‘Being a Leader’ – a unique course on Leadership

From Silence to Supported – the journey of a hearing-impaired entrepreneur