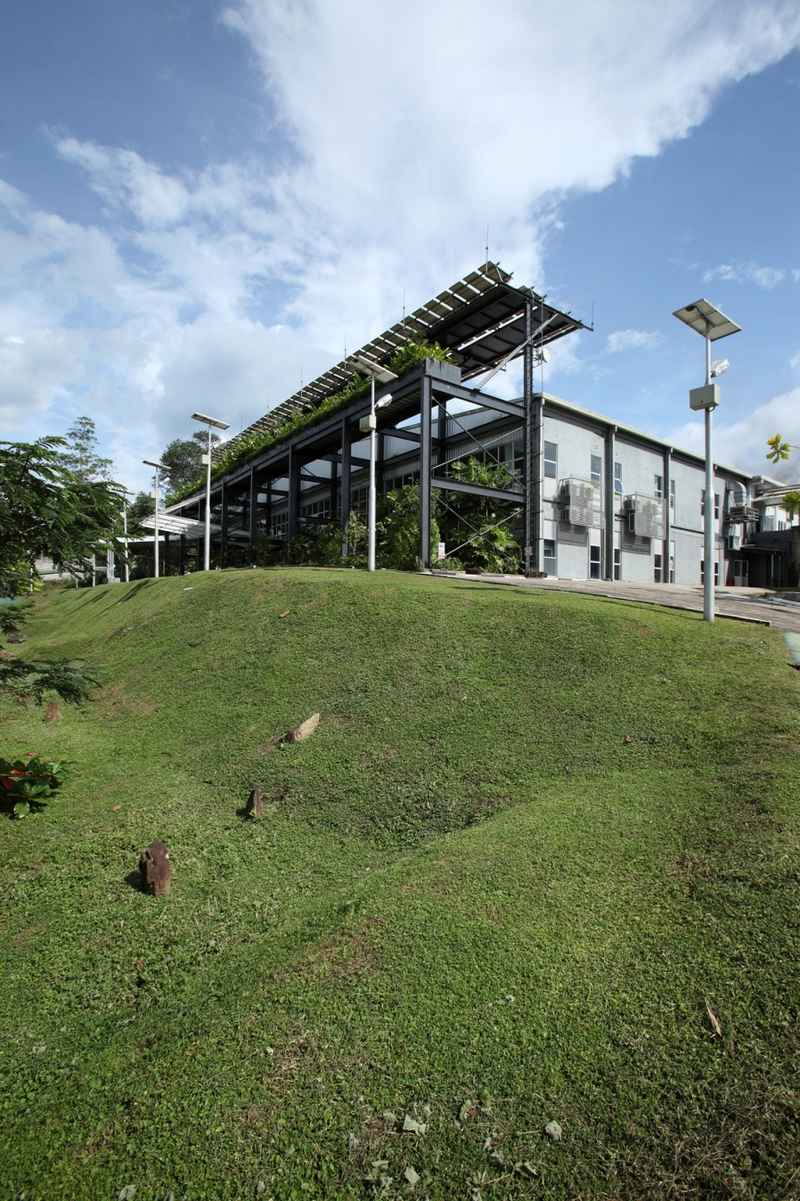 Being first to achieve something, however, is only part of the story; the true achievement is in the ability to continue to stay committed and to maintain that standard year after year. For 10 consecutive years, the Hirdaramani Knit Mihila factory has maintained its status as a certified CarbonNeutral® facility and the commitment to remain so will continue.

“The Hirdaramani Group could have simply used the accolade of ‘First CarbonNeutral® manufacturer in Asia’ as a standard bearer for pitching the company, but in over a decade of working with Hirdaramani, we have seen that they are driven not by the opportunity to market but instead by a desire to really change the impact they have on the environment. This is evident in the fact that they have continued to do the work year after year to maintain this status,” says Suki Benn, Client Engagement Manager, Climate Impact Partners.

By no means a simple process, GHG assessments, and the procedures, reporting and effort that go into maintaining carbon neutrality in a factory is complex. Changing opportunities, technologies and tools also need to be considered as well as the impact of suppliers and employees together with the basic emissions within the facility itself. However, this has also been a very important learning process for the Group as it has expanded its approach to reducing GHG emissions by working towards lowering emissions in product development as well with an increased focus on choosing the right materials, suppliers and technologies. In 2020, the Hirdaramani Group implemented the Renewable Energy Credits (I- Rec) Standard to reduce its’ scope 2 emissions from its operations, at Mihila through its a state-of-the-art Solar PV system, the facility has retired 2,561 I-REC certificates, representing 2342 MWh of electricity generated from renewable sources.

With the launch of ‘Future First’ the Group’s 2025 Sustainability roadmap earlier this year the company is also now moving towards setting Science Based Targets to align with the Paris Agreement, with carbon neutral climate action as a key pillar of its sustainability commitments.

“There can be a lot of jargon and inaccurate claims in the whole space of sustainability and GHG emissions. The work that we have been doing over the last 10 years has really enabled our teams to develop a wealth of knowledge and experience that makes it possible for us to cut through the jargon and greenwashing to really evaluate materials, suppliers, partners, technologies and make the best choices,” says Siddarth Hirdaramani, Director, Hirdaramani Group.

“For over 15 years, Hirdaramani has worked towards reducing our climate footprint while aiming to deliver more and more low impact products. We understand that growth does not come without an environmental impact, and this is why we are as committed to sustainability as a journey as we are to the journey of growth of our business. 10 years of Carbon Neutrality is a milestone we are truly proud of, but it is nonetheless simply a milestone that is part of our greater commitment to creating a lasting positive change,” added Nikhil Hirdaramani, Director, Hirdaramani Group.

The CarbonNeutral Protocol (www.carbonneutral.com) defines the emissions that must be measured to become a CarbonNeutral® manufacturer. The calculation and the verification to award Hirdaramani Knit Mihila with this status were carried out respectively by the Carbon Consulting Company (Pvt) Ltd and the Sustainable Future Group. The Independent Certification was Issued by Climate Impact Partners ( Making Real Change Possible | Climate Impact Partners).

From Silence to Supported – the journey of a hearing-impaired entrepreneur