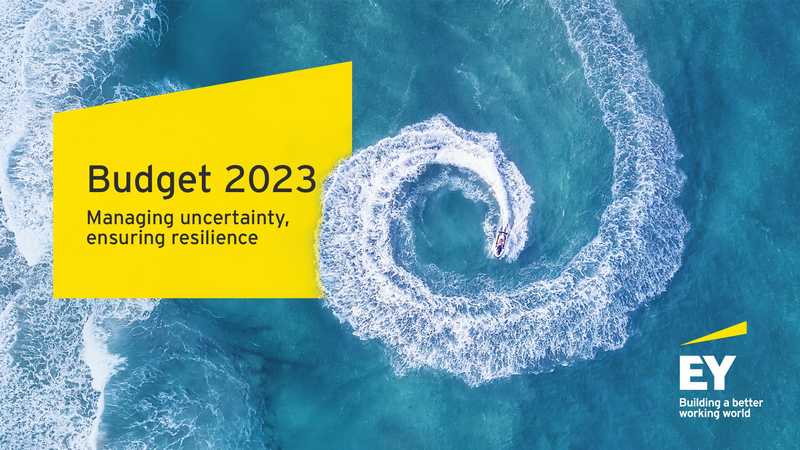 A virtual event was held by Ernst & Young to conduct its 23rd post Budget discussion on November 15, 2022, for their clients on the theme ‘Managing Uncertainty: Ensuring Resilience’.

The event commenced with the opening remarks from President Ranil Wickremesinghe, on the present state of the economy and an explanation of the underlying intention of the Budget Proposals in light of the short, medium and long-term goals to be met to alleviate the economic predicament of Sri Lanka. The President discussed the changes already made to the tax system in terms of revenue generation and the proposed changes required in terms of public expenditure.

A presentation on the Budget proposals was delivered by Mr. Sulaiman Nishtar, Partner- Tax, EY Sri Lanka, wherein the proposed changes suggested by the Budget were analysed from the perspective of the potential impact on taxpayers, both corporate and individual, and the general suggestions for increasing revenue in terms of promotion of investment and implementation of public social reforms.

The presentation was followed by a panel discussion with Mr. Vish Govindasamy, Chairman of Ceylon Chamber of Commerce who spoke on the impact to the private sector and industry of the Budget 2023, and Mr. Suresh Shah, Director General, SOE Reforms who spoke of SOE Reforms’ strategy and progress at present. Mr. Deshal De Mel, Advisor to the Ministry of Finance gave the policy framework of the Budget 2023 during the discussion. Mr. Manil Jayesinghe, Country Managing Partner & Mr. Duminda Hulangamuwa, Senior Partner – Head of Tax – EY Sri Lanka, spoke about the general tax and economic impact on the budget, while the panel was moderated by Mr. Arjuna Herath, Partner – Head of Consulting, EY Sri Lanka.

A range of topics were discussed with insightful comments from all panelists on the changes proposed by the Budget and forthcoming changes required in the future in order to effectuate systemic economic change and perpetuate steady economic growth.

A high profile delegation from Port of Colombo visits Bangladesh