The much awaited 2016 budget presented to Parliament on Friday 20th November in a four and a half hour speech by Finance Minister Ravi Karunanayake, received an overall positive response from economic analysts and social justice advocates. The budget announcements included reductions and increases to various commodities, which were welcomed and condemned by different parties. Among these was the increase to the fee required for renewal of revenue licenses. This announcement had most vehicle owners in a state of confusion as to whether it was the price of emission tests that were increased. However, this is not the case as it is the fee of the actual revenue licence renewal that has been increased by the Motor Traffic Department of Sri Lanka.

“Thebudget proposal increase of revenue licence to 5,000 rupees is applicable to those renewing their revenue license on an annual basis and is not on emission testing. Therefore the general public has to only focus on paying the standardized value for emission testing of their personal vehicles depending on the vehicle category. The public needs to be aware that the proposed 5,000 rupees should be paid to the Divisional Secretariat when renewing the revenue license and at no point should be submitted to a Vehicle Emission Testing centre. The rates for emission testing itself are not governed arbitrarily by us and are actually regulated by the authorities,” an official from one of the two vehicle emission test providers noted.

In addition to this, emission testing has many beneficial factors on the environment. Sri Lanka has been identified as a country with a sudden influx of vehicles, which in turn could have a significant negative impact on air quality and environment. In order to minimize the negative impact caused by the plethora of vehicles on streets, the Motor Traffic Department of Sri Lanka has set emission standards and made emission testing a mandatory requirement. Since its introduction in 2008, environmental pollution caused by automobile emissions has significantly reduced across the country.

Currently there are two companies offering vehicle emission testing through an island-wide network of testing centres directly monitored by the Motor Traffic Department of Sri Lanka. The service is offered at pricesranging between 410 to 1,650 rupees, depending on the vehicle category. 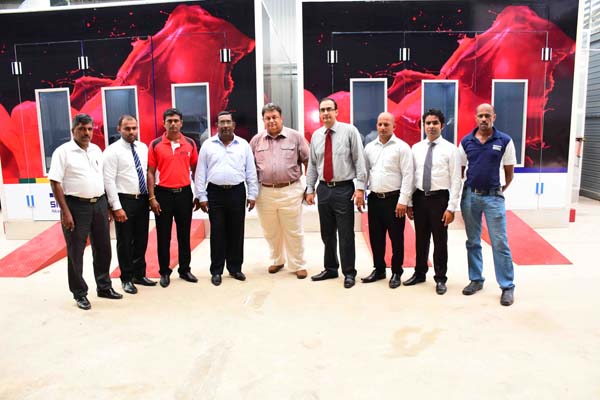