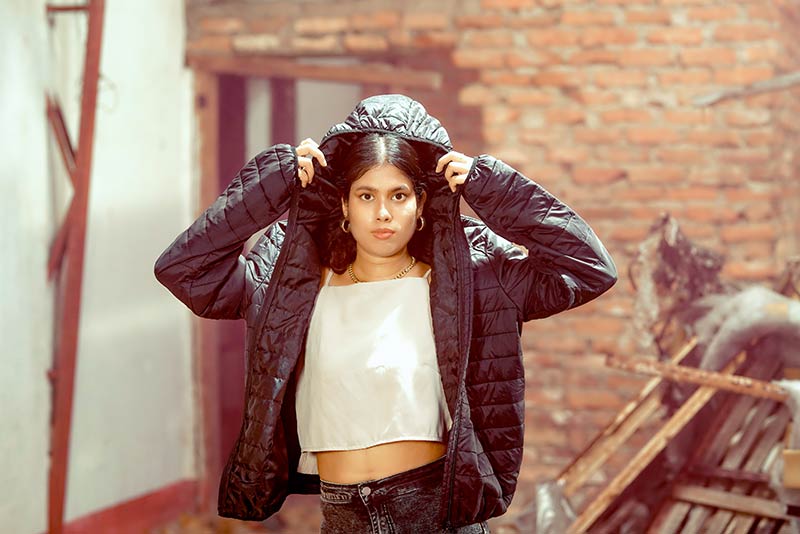 Biomedical Science undergraduate and small business entrepreneur, Yasheelee Kalingamudali, gave us a little taste of her hidden talent with the release of her very first rap cover video, Godzilla, by Eminem featuring Juice WRLD. This young rap sensation garnered over 50,000 views within just a week of its release.

“I’ve always been inspired by Eminem. I think he embodies a different style of rap from that of other artists in the industry. The first time I heard ‘Love the way you lie’ I actually memorised the entire rap, and I was only 12!” she exclaimed.

Her fascination with rap music grew as she was captivated by the way rap artists create lyrics that portray their personal experiences. These lyrics often highlight topics that are not brought to light in daily conversations; topics that may be considered taboo or out of bounds during social interactions. She is also engrossed in the way that rap artists create the beat of the song by the words that they speak, with only a minimalist background track playing.

Listening to rap music has always been therapeutic for this budding artist. The song Godzilla has the fastest rap that Eminem has produced, and ever since it came out, Yasheelee has been working hard to learn the lyrics and match the pace of the original rap. It took her close to two months to master the art of rapping 224 words in 31 seconds, as the artist does.

As a young girl who is following a passion that is not considered ‘ideal’, especially by the Sri Lankan community, Yasheelee has experienced judgement and comments that are meant to fit her into the mould of what society thinks a girl should be. She has been subjected to comments that attach gender to different aspects of life, one being that she shouldn’t pursue rap music since rap music is best suited for boys. However, Yasheelee is determined to break social stigma attached to art forms and careers pursued by women, by continuing to follow her passion for rap music, without paying attention to the naysayers that come her way.

Yasheelee is currently working on writing her own rap songs, with hopes of releasing originals in the future, paving the way for all girls who are interested in pursuing rap music to follow what their heart desires. The process of writing originals is no walk in the park, as the talented cover artist balances managing her education, her small business and her passion for rap music at the same time. One of the other challenges she is trying to overcome is the writing process itself. As the English language is second nature to most Sri Lankans, she is taking time to master the art of coming up with elegant rhymes.

The budding artist’s advice to all the young girls out there, is to not be afraid to be a cupcake in a world full of muffins. Choose what makes you happy, irrespective of society’s opinions of you. People are always not going to like everything that you do, but at the end of the day, what matters is where your happiness and satisfaction reside. This is just the beginning of Yasheelee’s career in rap music, and we can’t wait to see how the rest of her journey will unfold.