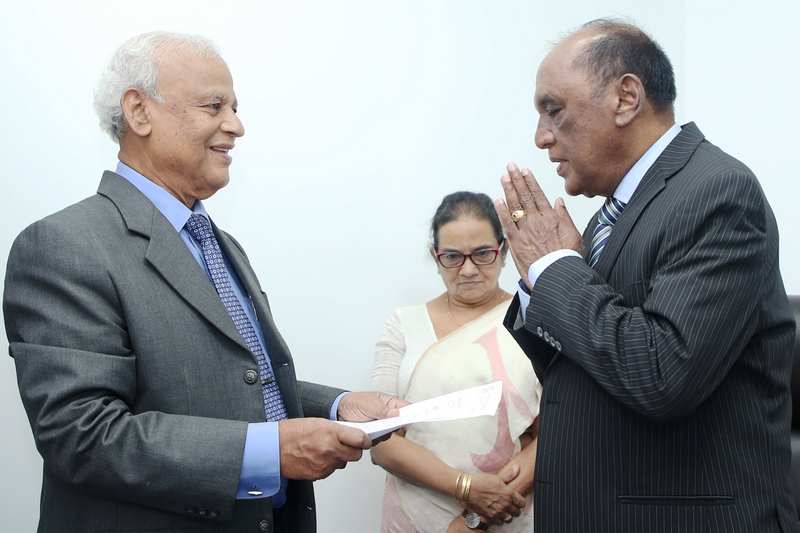 Retired Inspector General of Police Dr. Jayantha Wickramaratne has been appointed as the new chairman of SANASA Life Insurance Company PLC, which has been recognized as the “Fastest Growing Life Insurance Company” in the country by both local and international awarding bodies. Mr. Wickramaratne is a distinguished alumnus of Thurston College, Colombo. He has obtained an Honors Degree in Public Administration from Sri Jayawardenepura University. Mr. Wickramaratne, who joined the Sri Lanka Police Service as an Assistant Superintendent of Police through a competitive examination in the year 1968, was appointed as the Inspector General of Police of the Democratic Socialist Republic of Sri Lanka in 2008, during the last critical period of the civil war that engulfed Sri Lanka for thirty years. In appreciation of the contribution he has made towards the successful victory of the war during his service as the IGP of Sri Lanka, he was awarded with an Honorary Doctorate by the University of Kelaniya in the year 2009.

He was formerly Additional Secretary of the Ministry of Defence and as a Commissioner of Independent Commission to investigate Bribery and Corruption, Director of the Women’s and Child Affairs Authority and National Dangerous Drugs Control Board. Mr. Wickramaratne has been serving in the SANASA Life Insurance board as an Independent Director since 2017 and He succeeds Mr. T.  Karunasena, Former Chairman who has decided to step down from 1 June 2022. Mr. Wickramaratne assumed his duties amid the blessings of the honorable Maha Sangharatne in a charming ceremony held at the head office premises of SANASA Life Insurance in Colombo. Dr. P. A. Kiriwandeniya, the founder of the SANASA Movement, board members of Sanasa Life Insurance and staff members were present in the event.

From vision to action: exploring HNB’s new promise of being ‘a joy to bank with’