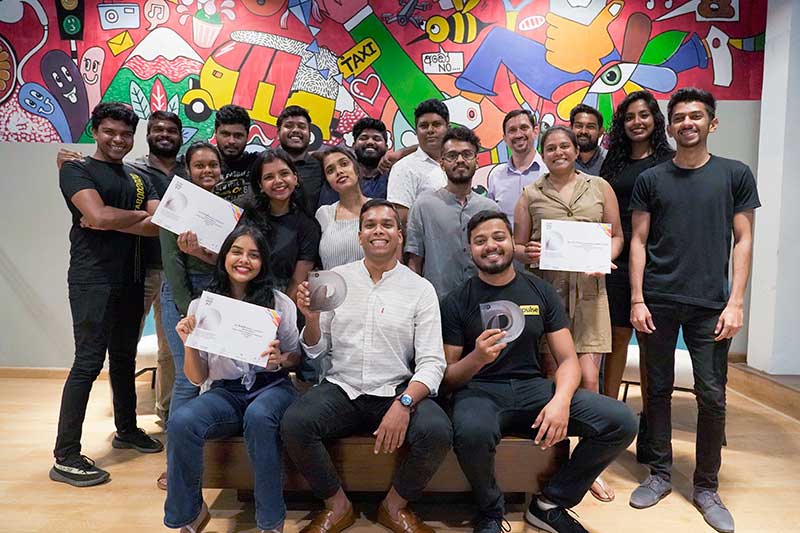 Island Pulse, the brainchild of Pulse was awarded for the Best Use of Experiential Digital Marketing under the ‘Digital Brand Bravery Award’ and the Silver Award under the ‘Other Digital Marketing Campaigns’ category at the SLIM DIGIS 2.0 on the 21st of January, 2021 for the highly successful and influential #KillTheRadio online campaign. This marks yet another massive win for Pulse and for its steadfast position as a huge cultural and social influence. Just last year, the brand won an award for the Best National Lifestyle Platform in South Asia 2020 by APAC Insider – another tremendous win not just for Pulse but for Sri Lanka as a whole.

The online campaign titled #KillTheRadio was a collaborative effort going on since July 20th 2019 as an attempt to cause a change in the way in which we listen to the radio, with an ingenious solution as the brand’s end goal.

The brand’s mission in this effort was to allow for an unrestrained flow of music, to improve the quality of radio time to make it a much-more pleasing experience. Through the collective hashtag campaign, Island Pulse sought to halt radio banter and put an end to overplayed advertisements. The online campaign #KillTheRadio was spearheaded and carried on by a group of fifteen highly regarded online influencers, posting four stories and two feed posts for the campaign. With negative marketing at the core of the campaign, Island Pulse garnered the attention it aimed for, thus launching the brand as an online music radio with 24 hours of nonstop music – all days of the year.

Island Pulse has since evolved and expanded, now with two streams under its umbrella; an undisturbed line for mainstream music and another stream for laidback music. Island Pulse features DJs and musicians from all across the world and hosts a live music show known as ‘No Covers Allowed’ encouraging original art.

The SLIM DIGIS 2.0 is an award ceremony hosted by the Sri Lanka Institute of Management, the national body in marketing in Sri Lanka. SLIM DIGIS was first introduced in 2018 as a means to celebrate ingenuity and innovation in the field of digital marketing for Sri Lankan companies with campaigns both within and outside of the country. The ceremony is the most highly prized digital awards ceremony in the country, and covers a wide range of fields like tourism, telecommunication, hospitality and lifestyle.

Island Pulse is unique and stands out as an easily accessible online radio with zero talk time or advertisements, and instead an unrestricted flow of music from curated playlists. The station is easily accessible through www.islandpulse.lk.