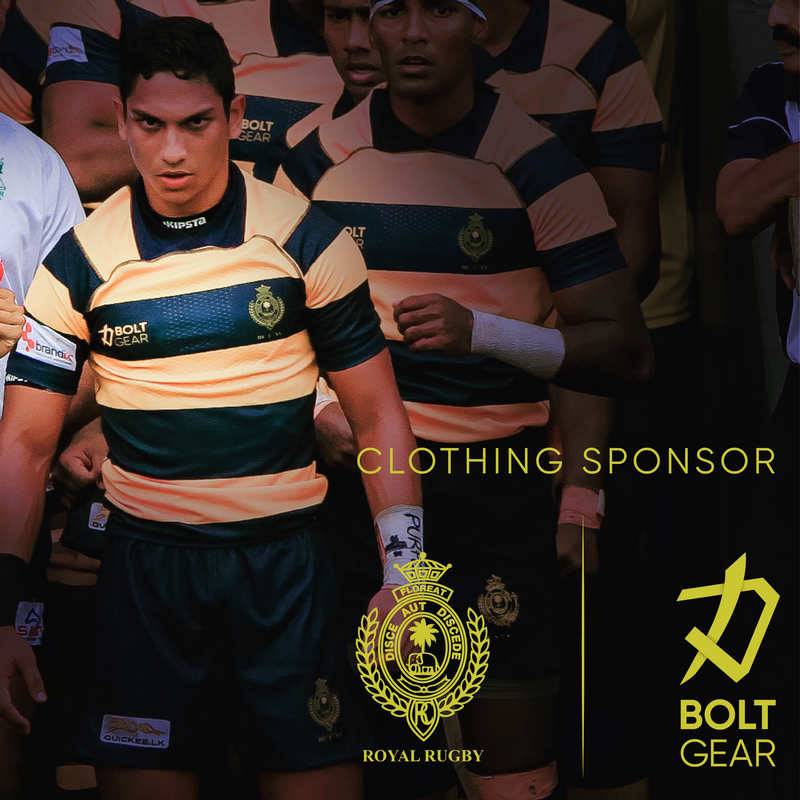 Sportswear brand Bolt Gear is the official Clothing Sponsor for Royal College Rugby during the Inter-School Rugby Tournament 2022. The sponsorship revolves around the brand’s vision of encouraging the younger generation to live an active lifestyle.

The inter-school rugby season is a key annual event in the Sri Lankan school sports calendar, endorsing comradeship between some of the top schools in the country. Royal College boasts a 100-year history of playing rugby and has produced back-to-back champions in the last few years. Bolt Gear has been part of Royal Rugby for the last three seasons.

Commenting on this sponsorship, Bolt Gear Founder and CEO Shafraz Mansoor shared: “An active lifestyle helps everyone to look after their health and wellbeing, and this is the simple notion we aspire to instil in the younger generation. Our collaboration with Royal Rugby seeks to encourage producing an active younger generation.”

Royal Rugby Advisory and Management Committee Chairman Chehan Perera noted: “Bolt Gear is a brand that delivers on the promise of producing high-quality sports gear. We are excited to have Bolt Gear join as the official Clothing Sponsor yet again to continue supporting Royal Rugby, especially during the present economically challenging times, and we hope to continue such partnerships in the years to come.”

Also sharing his thoughts, Royal Rugby Head Coach Dushyantha Leuke said: “Bolt Gear has been a part of Royal Rugby for the past couple of years, going on to support the local school rugby scene. From the first XV jerseys to all the sporting gear made by Bolt Gear for Royal Rugby are of the highest international standards, allowing players of all teams to perform well.”

A subsidiary of United Trading Company (Pvt) Ltd., Bolt Gear (www.boltgear.com) was established in 2012 with the ambition of changing people’s lifestyle to one that improves health and wellbeing. The Bolt Gear range of products is for anyone who would like to take that first step of pursuing an active lifestyle. All products are made with breathable fabrics with meticulous attention to detail and ensures comfort and flexibility.

The brand caters to men, women, as well as kids, offering a range of high-quality products that are of great value for money. Over the years, the company has also been associated with international sporting bodies such as the International Cricket Council, Rugby World Cup, Wallabies, and All Blacks.