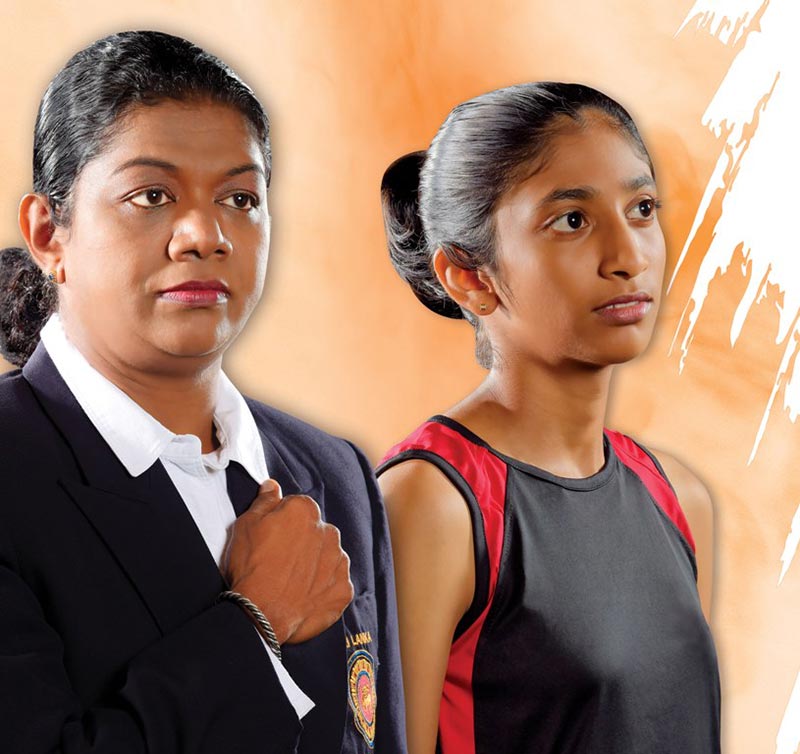 Sri Lanka’s leading poultry group Crysbro congratulates champion athlete Tharushi Karunarathne for qualifying for the highly competitive World Athletics U20 Championship (World Junior Championship) in the 800m event. The vivacious 16-year-old, Crysbro Next Champ scholarship awardee qualified by winning the second place at the Senior Nationals with a record time of 2.07 minutes, securing a rank of 6th in the world and the first in Asia in the under 18 category. The World Athletics U20 Championships will be held in August this year in Nairobi, Kenya.

A student of Walala A. Rathnayake College, Manikhinna – Kandy, Tharushi displayed promise of great natural skill and talent since an early age, growing up to excel in the 400m and 800m events. She has dominated these events at both All Island School Games and Sir John Tarbet Championships, with records of 2.14 Minutes in 800m and 56.54 seconds in the 400m races.

“We are thrilled to hear of Tharushi’s qualification to the World Junior Championships and are confident that she will claim victory at this competitive international arena. This is clear testament to the effectiveness and power of the Next Champ initiative which aims to mould future torch bearers of Sri Lankan sports. Our hope is that as a vivacious young athlete, Tharushi will inspire a generation of young Sri Lankans to follow in her footsteps. Crysbro will continue to invest our very best efforts into creating a successful, secure environment for athletes in our country, and be a part of building a great cultural, educational and sports legacy for Sri Lanka’s sporting talent,” stated Crysbro Senior Marketing Manager Amores Sellar.

As part of its ongoing mission to empower and support the aspirations of young people in Sri Lanka, the country’s premier poultry producer Crysbro recently awarded several scholarships to a select group of gifted young athletes selected under the NOCSL-Crysbro Next Champ Initiative. The Crysbro NOCSL Next Champ Initiative was launched with objective of empowering talented young athletes, and refining their potential to be winners in the international sporting arena.

The scholarships cover all transportation costs, nutrition, coaching fees, accommodation, logistics such as clothing, sports gear, and medical expenses necessary for the training, grooming and development of each selected athlete for two years with prospect of extension. The programme also gives athletes access to a combination of high-value tools and world-class mentors.

The ‘NOCSL-CRYSBRO Next Champ’ scholarship programme is phase-II of Crysbro’s ‘Next Champ’ scholarship programme, which up to date has groomed and supported the dreams of 130 young athletes from the under-privileged regions of the country. The initiative has also successfully produced a collection of athletes who secured gold and silver medals at the Nepal South Asian Games in 2019. The project’s founding vision sought to bolster Crysbro’s already significant social contribution as a key pillar of the country’s rural economy by creating sporting opportunities and promoting the message of staying physically and mentally active.

Established in 1972 with just 100 chicks and a deep desire to be a market leader in quality and innovation, Crysbro has emerged as Sri Lanka’s first and most sophisticated, fully vertically-integrated poultry producer. Its operations span grandparent and parent farms, hatcheries, broiler farms and feed mills. This thriving ‘Farm-to-Fork’ concept has formed the core of its success. In turn, it has yielded unprecedented benefit for numerous stakeholders including direct and indirect employees, outgrowers, domestic maize farmers and ultimately Sri Lankan consumers. These local links have immeasurably aided domestic production and led to a reduction in reliance on imported poultry products.