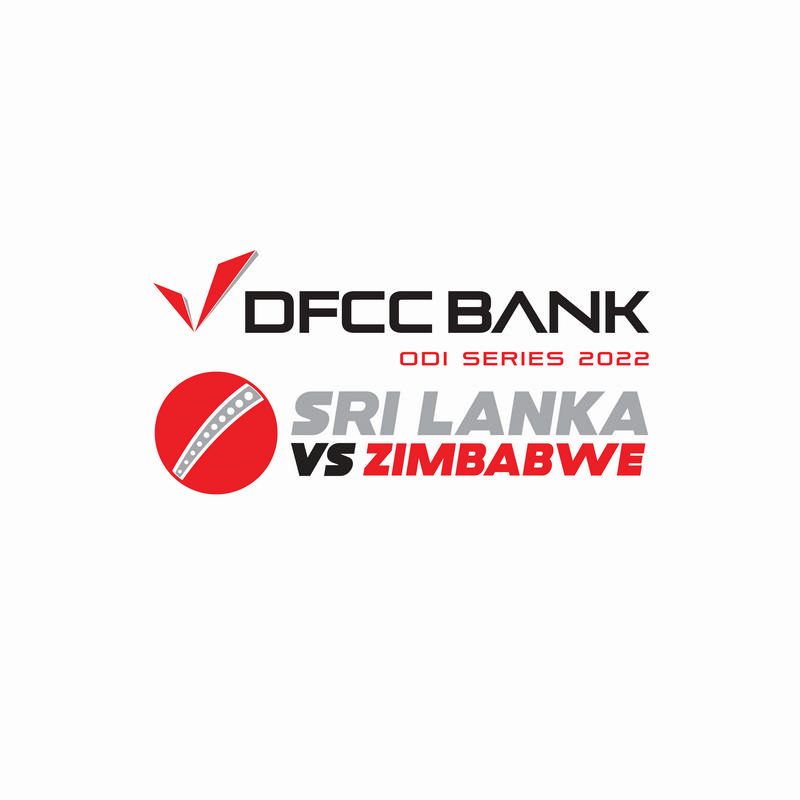 DFCC Bank is delighted to announce the Title Sponsorship for the upcoming Sri Lanka Vs Zimbabwe DFCC Bank ODI Series 2022 featuring the best in young talent from both countries. As the Bank for everyone, DFCC Bank is proud to to be associated with Cricket to reach out the broader segments of the country to enhance its strong position in the banking landscape.

The upcoming cricketing epic will span three day-night one-day internationals (ODIs), as part of the ICC Super League, and have been scheduled for the 16th, 18th and 21st of January, all to be played at the Pallekele International Cricket Stadium in Kandy. Zimbabwe is currently ranked in last place within the Super League table, while Sri Lanka is in sixth place in the 13-team league. The Super League acts as a key qualification-path to the 2023 ODI World Cup, with the top eight teams qualifying directly, make the upcoming DFCC Cup contest one to watch, as it has the potential to provide a significant boost to either nation in their efforts to qualify.

Having shown a promising revival in their last few international series, and signs of the potential within the budding new group of players, the Sri Lankan cricket team looks set to take part in yet another exciting challenge, bound to be full of twists, surprises and overall growth.

‘DFCC Bank is honoured to have stepped forward as the Official Title sponsor of the DFCC Bank ODI Series 2022, an integral one-day international series that is part of the ICC Super League,” stated Thimal Perera, CEO of DFCC Bank. ‘As the title sponsor, we hope to support the national team by providing an excellent platform in the form of the DFCC Bank ODI Series 2022, one that will allow the team to mould the players and hone their skills on the path to future glory. We are truly delighted to have partnered with the series, and look forward to the all the action and entertainment during next week.”

DFCC Bank has strived to consistently support Sri Lanka cricket over the years and hopes that the upcoming series will provide Sri Lanka’s cricket fans and well wishers an opportunity to support the national cricket team, setting them on the path to future glory ahead of the upcoming Cricket World Cup, next year in 2023.

DFCC Bank is a full-service Commercial Bank with a legacy of 66 years as one of Sri Lanka’s foremost financial conglomerates that offer a range of commercial and development banking services. The Bank won the awards for Most Trusted Retail Banking Brand and Best Customer Service Banking Brand in Sri Lanka, 2021 from the prestigious Global Brands Magazine, UK and was ranked amongst Business Today’s Top 40 Corporates in Sri Lanka. DFCC Bank is rated [SL] AA- Stable by ICRA Lanka Limited and A+ (lka) Stable by Fitch Ratings Lanka Limited.