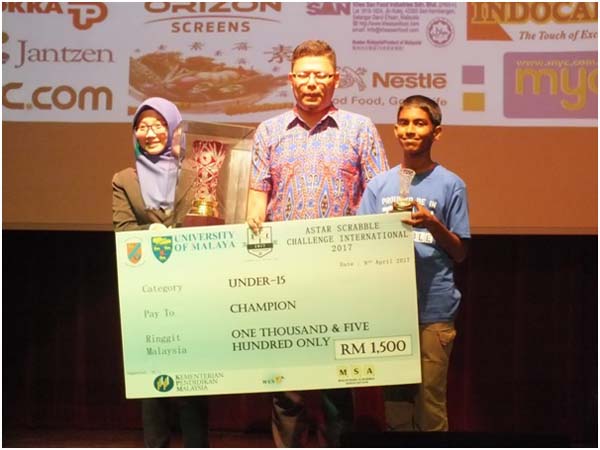 Janul de Silva of Royal College became the Under 15 Champion at the ASTAR Scrabble Challenge International (ASCI) 2017 held in Malaysia on 8th and 9th of April 2017.

Janul who is the current champion of both Sri Lanka’s ‘School Scrabble of the Year’ and the ‘All Island Scrabble Championship – Under 18’ won all 13 of his games and emerged champion 2 points clear of his nearest rival in the tournament where 189 players participated.

Qays Sangani of Royal College emerged 4th winning 10 of his 13 games. Qays who was in contention of a place in the top 3, narrowly missed out due to suffering a loss by a single point.

In the Under 18 tournament, Sri Lanka’s highest rated Scrabbler Aabid Ismail also of Royal College who was the Under 15 Champion at ASCI 2016 emerged 5th. Aabid who was the clear favourite to win the tournament suffered some narrow losses which resulted in him having to be content with the 5th place.

Thirandi de Silva of Ladies College who was in the running for a place in the top 3 with 2 rounds to go was unfortunate to lose both her final 2 games. Thirandi incidentally lost her final game to Aabid which resulted in her being placed 13th. 164 players participated in the Under 18 tournament. 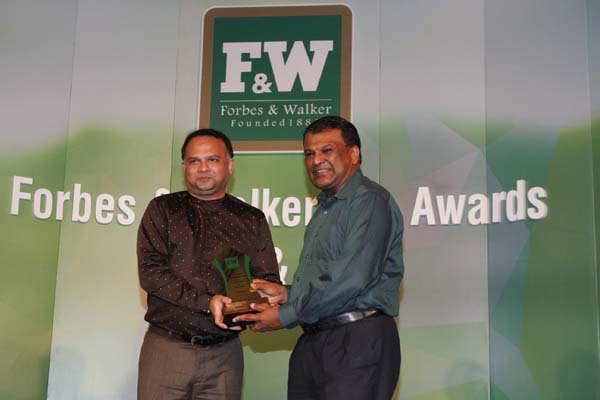