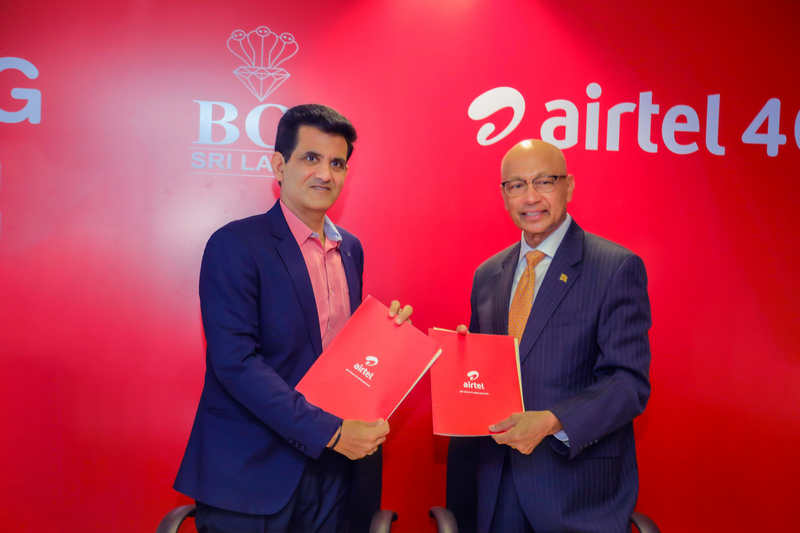 The nation’s fastest growing telco, Airtel Sri Lanka, announced another landmark agreement with the Board of Investment of Sri Lanka (BOI) that will channel foreign currency investments towards the development of national telecommunications infrastructure, with emphasis on expansion and optimization of networks and IT systems.

Accordingly, over the next two years, Airtel will be channeling its latest round of investments towards additional enhancements to its network, in addition to introducing significant software upgrades, in order to strengthen 2G and 4G services island-wide.

“Since our entry into Sri Lanka in 2007, Airtel has continuously invested to develop a world class network. Today, these efforts are empowering more than 3 million Sri Lankans to stay connected, in addition to providing more than 2,000 direct and indirect employment opportunities and generating income for a further 65,000 Sri Lankans through our extensive distribution network.

“Particularly at a time when every foreign direct investment into Sri Lanka has become vital, our investment demonstrates Airtel’s continuing confidence in the resilience and vast potential of the Sri Lankan people, and recommit ourselves to the nation-wide efforts to help revive the Sri Lankan economy,” Airtel Sri Lanka MD/CEO, Ashish Chandra stated.

Airtel will also be replacing or upgrading existing network infrastructure including but not limited to its core network, as well as introducing significant software upgrades.

Moving forward, Ashish also stated that Airtel Sri Lanka will continue to pursue every opportunity to support the development of the Sri Lankan telco sector. In particular he noted that the company would leverage on Airtel’s unique strength as one of the top 3 largest telco’s in the world in order to create cross-border synergies and facilitate strategic investments towards the creation of vibrant 5G ecosystems in Sri Lanka.

“We are grateful to Airtel Sri Lanka for stepping forward at a crucial moment for the nation, and with such a substantial foreign direct investment. This major contribution towards the enhancement of Sri Lanka’s ICT infrastructure will also create new opportunities across all sectors of the economy, and stands as an ideal example of the kind of FDI inflows we are working to generate,” stated Chairman, BOI,  Mr. Raja Edirisuriya stated.

The recent agreement marks the latest in a series of foreign direct investments made by Airtel Sri Lanka into enhancing mobile telco experiences for the average Sri Lankan. These measures follow on upgrades made by Airtel to its presence, capacity and capabilities in the Sri Lankan market. Most recently, these included the launch of Airtel’s revolutionary 4G Freedom Unlimited packages, and its record-breaking 5G trials.

COLIND’s Diwali ball 2022 – an evening of fun, frolic and merriment held in Colombo