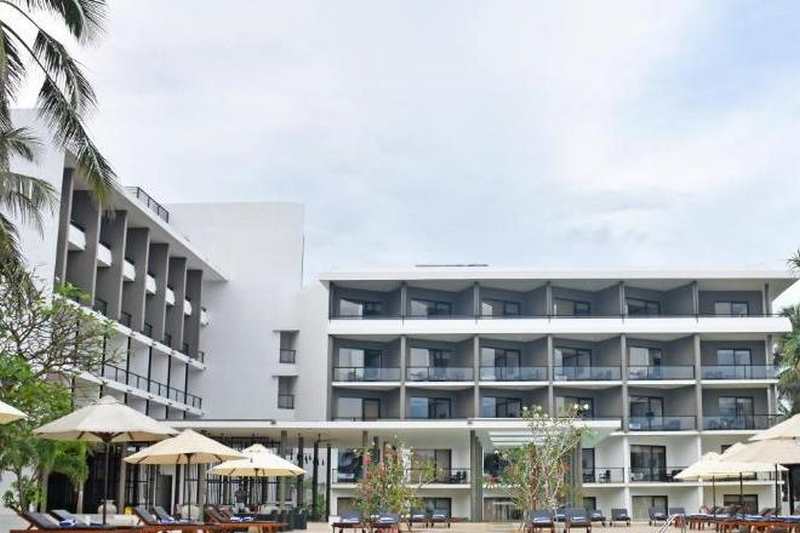 Goldi Sands Hotel recently opened its new 65 room extension, with 60 deluxe luxury rooms and 05 junior suites with all amenities, for guests. The 900-million-rupee investment also includes a new swimming pool, a restaurant and a state-of-the-art gym. Chairman of the Goldi Sands Hotel Mr. Eric Suriyasena said that the new extension was opened to cater to the influx of tourists to the country. With the new 65-room extension, the total capacity of the hotel increases to 131 rooms. Out of them, 60 are deluxe rooms and seven are suites. The hotel also has 56 standard and 8 economy rooms. With the swimming pool at the new extension there are two swimming pools at Goldi Sands. It also has two main restaurants, a spa, a pool bar, a main bar, a scenic garden, and a beachfront. Goldi Sands Hotel, which is a popular destination among foreign visitors, is especially popular among those from United Kingdom, Germany, France, Spain and India, General Manager of the hotel, Mr. Lal Dissanayaka said.

The hotel has two conference halls that can hold 75 and 300 attendees and they are in high demand for local and international business conferences, religious events, and other festivities. Goldi Sands is also famous for its outdoor weddings. Goldi Sands opened its doors to guests in 1974, making it one of the oldest hotels in Negombo. The hotel, full of charm, is known for the hospitality and the professionalism of its staff and its tasty food. Customer surveys have found that there are a significant number of return visitors to the hotel. The Ministry of Tourism is currently carrying out a promotional campaign to attract foreign football fans to Negombo for a short vacation during the FIFA football world cup tournament. The hotel has introduced a 4 day – 3 nights BB package for 650 US dollars to cater to this category, General Manager of the hotel, Mr. Lal Dissanayaka said. A number of entertainment events will take place at the Negombo Beach during this period, Mr. Lal Dissanayaka said.

Emirates ‘puts the love on top’ this Valentine’s Day